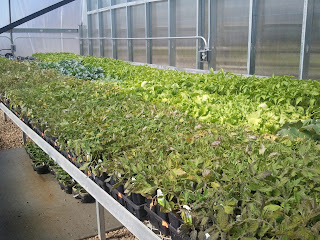 The sun creeps across vast Caldwell fields as young green plants uncurl and reach for warmth, unaware of mounting anticipation over their very existence.

The scent of recently-tilled earth matches the faint comforting sound of a distant tractor. It's a sound Bobbi Bicandi has known all her life. She has never lived more than ten miles away from the hospital where she was born, and wouldn’t even consider an attempt at city dwelling. Bobbi and her husband Mitch have built their lives around keeping things that way for themselves and their two children, who will someday run the family business.

The four took what Bobbi described as a ‘there’s no hope’ place, and revived it into a fully-functioning, pristine farm. The Bicandis, well-accustomed to a lifestyle of work, work, work, do so relentlessly from dusk till dawn. They don’t whine, and function as a team, totally committed to their generations-old culture. You’ll wish you had been born to the Idaho countryside, (if you weren't), especially when observing the way the daily open air, sincere effort, and sunshine reflect upon this family's faces.

Good about sharing their rural lifestyle with others, Bobbi invites school children out to the farm to play in the dirt, catch frogs, and tour the enormous garden.

“Once they’re here, the shoes have to come off,” she says, displaying her classic born-and-raised Idaho girl smile.

The Bicandi’s Blue Barn Produce is a proper name for the cobalt color diverting Highway 20/26 drivers’ attention from the road. Coupled with a bold display of flowers, the establishment stands out. Market-like, people from miles around depend on the availability of veggies, milk, pies, and even fresh coffee. 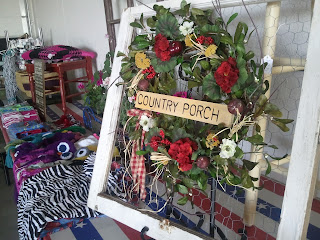 In mid-July, however, the focus is on one crop. One that attracts anxious eaters who practically pester the farm for the exact date and time of its arrival. Who’s to blame them? They’re just hungry for their first taste of summer.

It’s absolutely, positively all about the corn.

The Bicandis were one of only two Idaho farms that planted and premiered George Crookham’s twenty-years-in-the-making “Amaize”.  Found by accident, Crookham and Bruce Hobdey, one of his corn breeders, discovered this rare type out in a testing field. Anxiously sampled, it was just what they’d been looking for.

Typically known for its potatoes, it may not be a well-known fact among non-farmers that Idaho also produces up to 80% of the world’s seed corn. Amaize seed is pricey, with large bags costing up to $4,000. Farmers like the Bicandis took the risk on these kernels of gold.

The stalks are also short, spindly, and yield just one cob per plant. Amaize was intentionally bred to be a creation whose nutrients funneled directly into the ultimate finished product, and what a product. George Crookham himself said, “It takes us beyond what we thought sweet corn could be.”  One farmer claimed it to be the best he’s ever grown, and that he’d never seen corn like it in his entire life.

“Dessert on a cob,” “sweet corn nirvana” and “best I’ve ever tasted” are just a few descriptions from those who’ve buried their teeth gum-deep into the rows of fresh flavor. Moved with passion, one sampler even asked if the corn grower was single.

The Bicandis understand. When out in the field during corn season, they pick, shuck and eat their meals, uncooked. If you do cook it, the connoisseurs warn, immerse cobs into boiling water for no longer than three minutes.

“This corn is soooo good,” Bobbi says, “It’s all white, very crunchy, and sweet, sweet, sweet, like candy. We think corn is ‘what’s for dinner’!”

This year, Blue Barn will be the only farm in Idaho that grows the specialty corn.

Compared to the texture of a freshly-picked apple, Amaize is crisp and has an essence that stays with you long after the cob has been enjoyed. This is a flavor devotees crave from around late October up until the next harvest. Some, including daughter Alli Bicandi, prefer the bi-colored, slighty less sweet Optimum corn, which Blue Barn also grows. 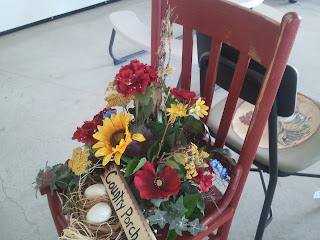 For many, once the first bite of the season is out of the way, it’s a corn-centered diet for the next several weeks. Those who swear by the corn say it’s absolutely, positively worth the long wait.

Compliments to the Cob:

Alli Bicandi’s Favorite: Cut corn off the cob, place in skillet with butter, add canned diced tomatoes and green chilies (don’t drain), simmer on medium heat for ten minutes, then melt in cubed soft cheese of your choice. Enjoy as a side dish, or with tortilla chips.

And visit the Appetite for Idaho Facebook page, with new stuff to do posted every weekday!
Posted by Amy Larson at 11:21 AM